‘Underworld’ is the new single from Kent-based folk-rock band Green Diesel. It’s released on 14th May ahead of a long-awaited new album scheduled for release this summer.

The song itself is inspired by Philip Glass’s celebrated soundtrack to the 1982 experimental film Koyaanisqatsi.

Reflecting on ‘Underworld’ the song’s writer Paul Dadswell comments: “When you have to choose between fantasy and reality, being born, or growing up, or moving past addiction. The moment of choice between living in the past and embracing the future.  Endlessly suspended between the familiar and the unknown.”

Hailing from Faversham in Kent, Green Diesel first emerged back in 2009, taking their inspiration from the depths of English folk lore and legend, and the classic folk-rock sound of their predecessors: Fairport Convention and The Albion Band. Blending violin, mandolin, dulcimer and accordion with electric guitars and drums, Green Diesel’s sound is born from a love of traditional English music and a desire to bring it to a modern audience.

Green Diesel’s three albums to date: Now Is The Time (2012), Wayfarers All (2014) and The Hangman’s Fee (2016) have all won praise from critics and fans alike for the quality of song-writing and musicianship and the band have been a popular draw at festivals, from Broadstairs Folk Week to Beverley Folk Festival.

“Green Diesel has skyrocketed into my top few bands” – FATEA

“A band with roots deep in the native soil, playing their own electric interpretations of ancient English music” – Shindig!

Green Diesel at The Albion, Hastings 2017

Ever since they played their first ever gig at the start of Butlins’ Giants Of Rock festival in January 2017, I’d been hearing good things about Burnt Out Wreck. I was watching a band on the other stage at the time so never got to see them. I’d made a mental note, however, and when former AC/DC drummer Phil Rudd announced a solo tour with his new outfit, with Burnt Out Wreck as the support act, it seemed an ideal opportunity. That was cancelled and then rescheduled and then cancelled again. Third time lucky then when Anvil announced supported by Burnt Out Wreck. An opportunity to finally catch this band, along with Anvil, who I hadn’t seen since I was a teenager when they were supporting Motorhead.

It was a triple bill at Camden’s Underworld, first up were Welsh rockers VOiD. Formed in 2002 with three albums under the belt, VOiD’s brand of classy, melodic hard rock proved a good opener for the evening. I was particularly impressed with their extremely talented lead guitarist, Chris Jones, and even more impressed when the lead singer told the crowd it was Jones’ first ever gig with the band.

Next up were Burnt Out Wreck. Formed by Gary Moat, drummer and chief songwriter of 80s band Heavy Pettin’, Burnt Out Wreck put out their debut album in early 2017 – not long after that first gig at Giants Of Rock. Their brand of bouncy, good-time, hard rock, reminiscent of Bon Scott-era AC/DC, immediately had the audience on their side. Songs like ‘Swallow’ brilliantly bring back some of that sleazy, rock ‘n’ roll boogie swagger, that late 70s pre-stadium AC/DC were so renowned for.

Things could only get even better when the mighty Anvil took the stage couldn’t it? You cannot fault this band’s dedication, enthusiasm and sincerity, or their undying commitment to the rock ‘n’ roll dream – captured so well in the film smash The Story Of Anvil. But to be truthful I was a little underwhelmed by what I saw tonight. I remember when I first saw Anvil in 1983, I couldn’t help thinking that this was a band that sounded better on record than on stage and thirty-odd years later that same thought was occurring to me. For a start the sound wasn’t good. The amps were cranked up a good few notches compared to the support bands. There’s nothing wrong with that, of course, except that it lifted the drums and bass to a fairly deafening level while the guitar was barely audible in comparison. It was a shame because I enjoyed their new album and was looking forward to hearing a selection of songs from that, as well as earlier classics like the iconic ‘ Metal On Metal’. We got a good selection of each, plus a rousing rendition of the Steppenwolf classic ‘Born To Be Wild’. However, I came out of the gig 35 years after I last saw Anvil still convinced that they sound better on record than they do live.

That’s not to say I am not very happy to celebrate Anvil’s career renaissance in recent years. “I haven’t delivered a meal in ten fucking years,” Steve ‘Lips’ Kudlow told the crowd, alluding to the opening scenes in the Story Of Anvil film which saw him driving around in a van delivering school meals between gigs. And I finally got to see the fantastic Burnt Out Wreck and also become acquainted with Void, who are another band on my ‘ones to watch’ list. All in all a good night. 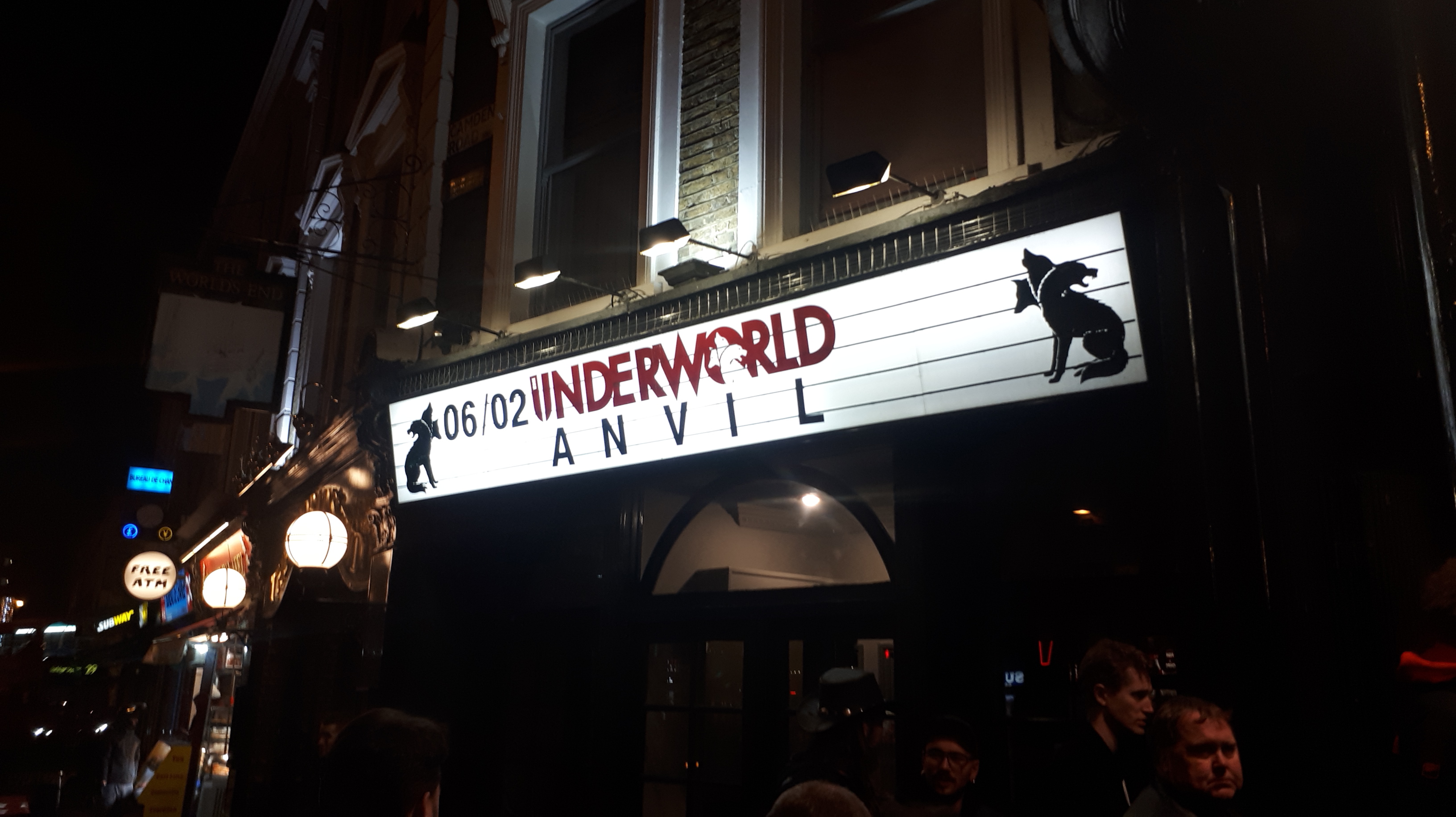