Doing a handful of UK warm-up dates prior to the release of the album ‘World’s Strongest Man’ and a full UK tour in May, I catch up with Gaz Coombes and his band at the old University of London ULU building, now rebranded Student Central.

Stepping out on to a stage so packed out with twinkling retro sound equipment, kitsch standard lamps and vintage keyboards that the uninitiated may have mistaken it for a particularly camp car-boot sale, Coombes is clearly delighted that the crowd have braved the snow and ice to turn out for him.

My fascination with Gaz Coombes began when Supergrass first burst on to the scene in the mid 90s as that cheeky, wacky, slightly zany antidote to Blur and Oasis’s ongoing battle for the crown of Britpop. And since the band’s split in 2010 my fascination has continued as I’ve followed Coombes through his solo career – where he’s just about to release his third album ‘World’s Strongest Man’.

We began to get hints of a more mature, more introspective side to Coombes’ writing with the release of Supergrass’s third album, via tracks like ‘Moving’, and this is very much the path that his solo career has continued along. Coombes has eschewed any temptation to become a one-man Supergrass tribute and, save for the odd rendition from his former band like the aforementioned ‘Moving’, he’s tended to stick resolutely to solo material for his live shows. And, clearly, he’s now getting to the place where he’s got a really strong and growing body of work to draw from. Coombes’ first solo album ‘Here Comes The Bombs’ showed some real promise but was a somewhat austere electronica-influenced affair that took many by surprise. The second, the Mercury prize-nominated ‘Matador’ with its fuller production, beautiful melodies and sensitive song-writing understandably drew considerable praise from many quarters. With Coombes’ third album, however, it may well be that he’s on to something even more special.

Tonight’s set-list includes songs from all three albums but, unusually for a live gig promoting any new or soon-to-be-released album, the new songs were amongst the strongest and the most memorable and dare we say it the biggest crowd-pleasers. In terms of highlights tracks from the new album like current single ‘Deep Pockets’ sit really well alongside earlier material from the such as ‘Buffalo’, ‘Hot Fruit’, ‘20/20’ and ‘Matador’. And there’s no risk of austerity in terms of sound on this tour either: we have lush sonic textures on the keys, a captivating rhythm section and a divine-sounding trio of female backing singers supporting Gaz’s unmistakable voice and nifty guitar-playing.

Just as, nearly a quarter of a century ago, Supergrass grabbed my attention because I thought that they were doing something more interesting than either Blur or Oasis at the time, so it seems when it comes to the matter of solo careers, too. I am tempted to conclude that Coombes is doing something more interesting than either Damon Albarn or Noel Gallagher these days and I do think we are going to be in for a real treat when ‘Worlds’ Strongest Man’ is released. 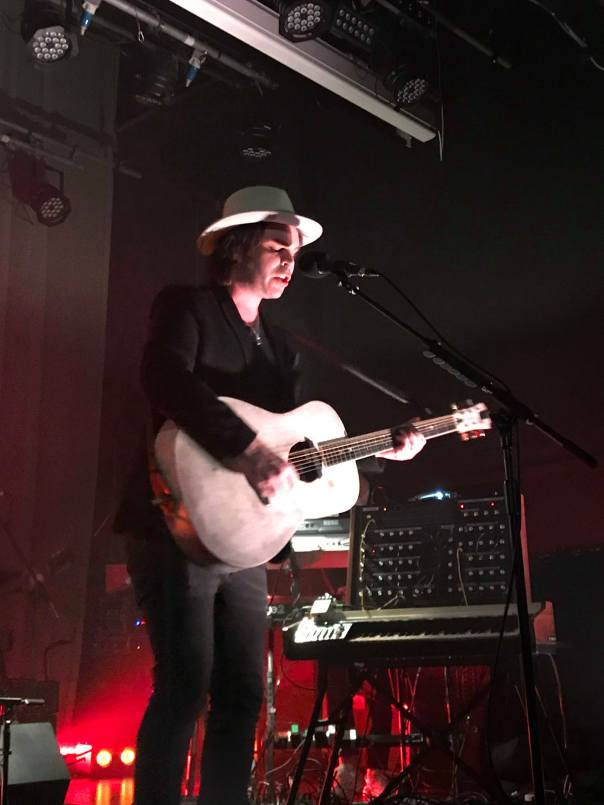