At the start of the year, towards the end of a long day of drinking and music at Skegness’s Rock and Blues festival, I was about to call it a day and give the last band on the late-night stage a miss when we were suddenly confronted by Rainbreakers. Soulful, bluesy, emotive and powerful, I was immediately captivated. All thoughts of an early(ish) night were rapidly abandoned and Rainbreakers turned out to be one of my favourite acts of the entire festival.

Fast forward a few months and Rainbreakers’ debut album Face To Face is equally captivating. Ten tracks of soulful, classy blues rock it captures the spirit of an earlier classic era while at the same time being fresh, contemporary-sounding and full of energy. Big riffs, deliciously bluesy licks, great melodies and vocals dripping with emotion and soul this a fantastic debut album. Lyrically, the band tackle some powerful themes, too. The opening track Heavy Soul is no trite cock rock number but rather tells the story of vocalist Ben Edwards’ personal battles with his mental health. On tracks like Lost With You, the band amply demonstrate they can handle the slower material with elegance and sensitivity.

Rainbreakers are Ben Edwards (vocals, guitar), Charlie Richards (lead guitar), Pete Adam (bass), Sam Edwards (drums). Already making a significant impact on the live scene and the festival circuit (and I can personally vouch for that!) both the writing and the musicianship on this album deserves to make Rainbreakers a much bigger name in the UK music scene. A stunningly good debut.

I’ve enjoyed various Butlins music weekends over the years but 2018 will be the first where I’ve done two on two such weekends on the trot. My Butlins blow-out started off with the Rock & Blues weekend in Skegness – with just a few days respite before I head off to Minehead for the Giants of Rock weekend in Minehead. With so many bands on a number of different stages, reviews of weekends like this are always going to be one person’s snapshot but I had a fantastic weekend and this is what I saw.

Friday night began at what was designated the “Rock Stage” (Butlins dividing up the acts on the two main stages as either Rock or Blues, as well as providing two smaller stages: a second blues stage sponsored by Blues Matters mag and an Introducing Stage). The first band, Northern Ireland’s Screaming Eagles, had a great stage presence, some great catchy songs and a handful of great covers, too. A nice, energetic start to the weekend.

Atomic Rooster on next were, for me, probably the biggest surprise of the weekend. They are one of those bands that I’d always been aware of but was never really that familiar with. Other than knowing they were formed by the late Vincent Crane (the guy who did the unmistakable keyboard pounding in Arthur Brown’s ‘Fire’) before this weekend I could have told you very little about Atomic Rooster. But they were absolutely, out-of-this world, stupendously, brilliantly, amazing. Vincent Crane and the rest of the earliest line-up are sadly no longer with us. But the revived band contains both Pete French on vocals and Steve Bolton on guitar who were both in the band in the early 70s and they have been given the blessing of Crane’s widow to reform under the Atomic Rooster banner. They have the songs, the set-list, the charisma and the sound. Really, this band should have been far, far bigger than they were back in the day. Similarly, the modern-day version should be far, far better known than they are today. Absolutely majestic classic rock that stands proudly against any of the rock giants, I will be seeing more of this band for certain.

The Frankie Miller’s Full House tribute that came afterwards failed to inspire the same degree of energy and enthusiasm I’m afraid and after moving to the other main stage just as the final band were finishing their last song, we headed to the Blues Matters Stage to enjoy the late bar and some late night blues.

At lunchtime we caught Southbound on the Rock Stage. Their set combined soulful blues rock with some choppy, Feelgood-esque R&B. The latter they did particularly well.

Saturday evening began for us with the legend that is Bernie Marsden. I’ve seen Marsden in various guises over the years: with a full band playing acoustic, solo playing acoustic, with a full band playing an electric blues set and, back in the day, with the best Whitesnake line-up ever. Whether electric or acoustic he’s a stunningly good guitarist and he gave us a solo acoustic set of mainly Whitesnake material. His is never a showy stage presence but few ever look as contented or as at home on stage as does Marsden playing his music and bantering with the crowds. 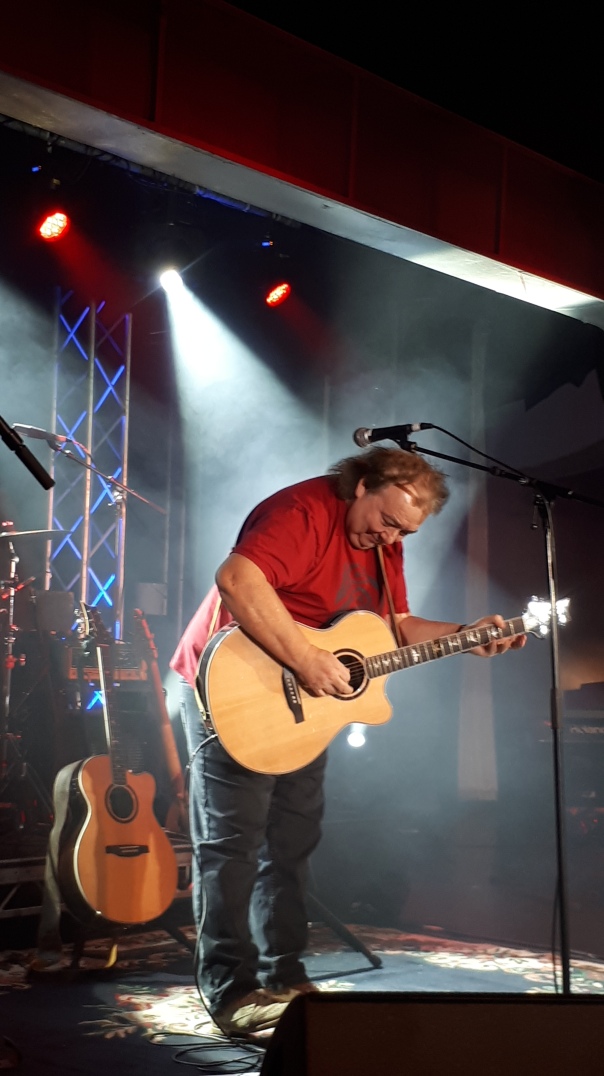 I left my companions to enjoy Roger Chapman Family & Friends while I headed off to the Blues Matters Stage to catch Troy Redfern. With a classic power trio format they deliver infectiously energetic hard rocking blues that just seems to get better and better every time I see them. I thought I might call it a night after that but then came Rainbreakers. They are a group of young guys from Shrewsbury playing a small stage Skegness in 2018 but to hear them they could have been playing some sun-kissed stadium in California in 1971. Channelling the spirit of the classic era of soulful early 70s blues rock they were one of the absolute highlights of the weekend and went down a storm. Great writers, great musicians and great vocals; this was an utterly spellbinding performance from start to finish.

Over the course of the Sunday lunchtime slot I did a fair bit of wandering around Stray were the stand-out act for me with a great set from Del Bromham and co.

For our final evening we opted to start with some raunchy, good-time boogie from perennial Rock & Blues weekend favourites, Roadhouse, before heading to the Rock Stage to catch Nazareth. With only bass-player, Pete Agnew, remaining from the band’s 70s/early 80s heyday, it’s more a tribute than anything – but I mean that in a positive sense. New vocalist, Carl Sentance, does a superb job handling Dan McCafferty’s vocals on classic songs like ‘My White Bicycle’ and ‘Expect No Mercy’ and the band rock hard paying tribute to those great songs.

From only one original member in Nazareth to zero in Dr Feelgood, we head over to the main Blues Stage to finish the weekend with Canvey Island’s finest. Unfortunately, there seems to have been some sound problems on that stage all night. The band start much later than advertised and from where we were on the right-hand side at the front the sound was utterly abysmal. All I could hear was the bass-line and the drums, the guitar and vocals being pretty much drowned out. They are great songs, though, and we all know them. Singing along to these was a good way to finish the weekend and I came away being far more familiar with the bass-line in Dr Feelgood’s illustrious back-catalogue than I’d ever been before. Probably the most fun I’d ever had at a performance with shockingly bad sound.

When I first saw the line-up I was a little underwhelmed but I was unexpectedly impressed by some of the veteran acts and completely blown away by some of the newer ones. This will go down for me as the weekend when I finally acquainted with the brilliant Atomic Rooster and when I first discovered the amazing Rainbreakers. Thanks guys.

One final word should go to the marvellously helpful Butlins Guest Services staff. Like many previous weekends I had bought a big stack of CDs. But, stupidly, I’d left them in my room in my rush to leave on Monday morning. A quick phone call to Butlins and my CDs were immediately located and sent back to me. Phew!