A third live blast of this band for me in recent months, Toledo Steel are rapidly becoming one of my absolute favourite modern-era heavy metal bands.

Although they released their debut album ‘No Quarter’ earlier this year, the band are not quite new kids on the block, having been around since 2011 and with two prior EPs and a relentless round of gigging under their belts. Unlike a number of similar bands, however, their line-up has been relatively stable during that time and on-stage they are a formidable unit together.

Storming through a set-list including ‘Heavy Metal Headache’ and ‘No Quarter’ from their recent album and ‘City Lights’ and ‘Speed Killer’ from their last EP the impact on the crowd is instant. These are not just great songs. They are fully-formed heavy metal anthems.

And with a nod to the classic era of heavy metal that has done so much to help shape and influence this band we also get a brilliant cover of Judas Priest’s ‘Heading Out to the Highway’.

Following in the footsteps of Black Sabbath and Motorhead in having an eponymously-named killer track they leave us with a momentous blast of ‘Toledo Steel’ for an encore and for everyone to roar along to. Superb!

While the Carlisle is not packed tonight the band absolutely storm the place and it’s clear Toledo Steel have some committed fans in the audience, myself included. Hopefully, it won’t be too long before they are playing on far bigger stages to far bigger crowds. They 100% deserve it. 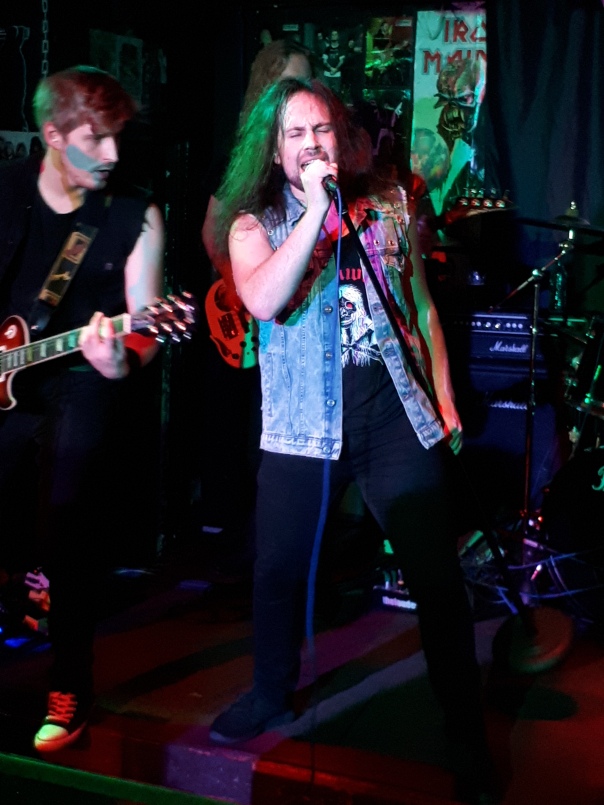