Karrakan are a progressive rock outfit who come from a small town called Ostrołęka in the North-East of Poland. The band recorded their first EP in 2016, more a basic hard rock approach that incorporate blues scales and heavy metal riffs. However, the addition of a saxophone into the mix even back then signalled a likely future direction into more proggy territory.

Their second release EP #2, released in 2019 continued down such a path with more complex compositions and more evident prog approach.

Karrakan are now onto their third release, the imaginatively-titled EP #3 – no-one can accuse these guys of lacking consistency when it comes to nomenclature!

“EP #3 contains ‘only’ 3 songs,” say the band, “but they are loaded with variety of musical assets. Thick distorted guitars, odd rhythmic divisions, vocal harmonies, acoustic interludes and… saxophone, which works surprisingly well with all the heavy sound.”

Incorporating blues, jazz, classical and metal influences the band are developing something of a unique approach: tastefully-executed guitar solos and that infamous saxophone interplay with some much harder-edged riffing and there’s also sprinklings of more gentle, folky acoustic guitar here and there, too.

The first track ‘The Shape of Infinity’ incorporates growled pseudo death metal vocals which I’m not convinced entirely work, while the final track ‘Allocation of Beauty’ has a far more conventional melodic rock-style vocal which is considerably better suited to the nature of the material in my view. The middle track ‘Panto Dance’ meanwhile is entirely instrumental and the most obviously proggy composition on the three-track EP.

As well as promoting this current EP the band are also busy writing material for their debut full-length album. It will be interesting to watch how Karrakan develop and I wish the guys luck.

Ask me about Gdansk and I’d immediately think of Polish shipyards, Lech Walesa and the birthplace of the Solidarity trade union and the anti-communist protests of the 1980s. In fact that’s the sum total of my entire knowledge of the place – but it’s also home to Spitfish.

Formed three years ago by vocalist Boris Karloff the line-up now features Karloff on vocals and bass, Cyril Delevanti on guitar and A.J. on drums. The rumbling hard, heavy riffs meld nicely with Karloff’s warmer, more melodic vocals to produce something that’s both atmospheric and catchy.

Spitfish’s on-stage persona and album cover-art pays homage to old-school horror movies and there’s clearly a love of the theatrical but, importantly, there’s some serious quality hard rock behind the imagery.

“Even though only members of the band know the dark concept of Spitfish, it’s worth listening to their music,” their publicity blurb tells us. That I would agree with. I knew little of Gdansk and nothing of Spitfish but I’ve been giving Penny Dreadful numerous plays since the CD arrived through my door. It is, indeed, music worth listening to. 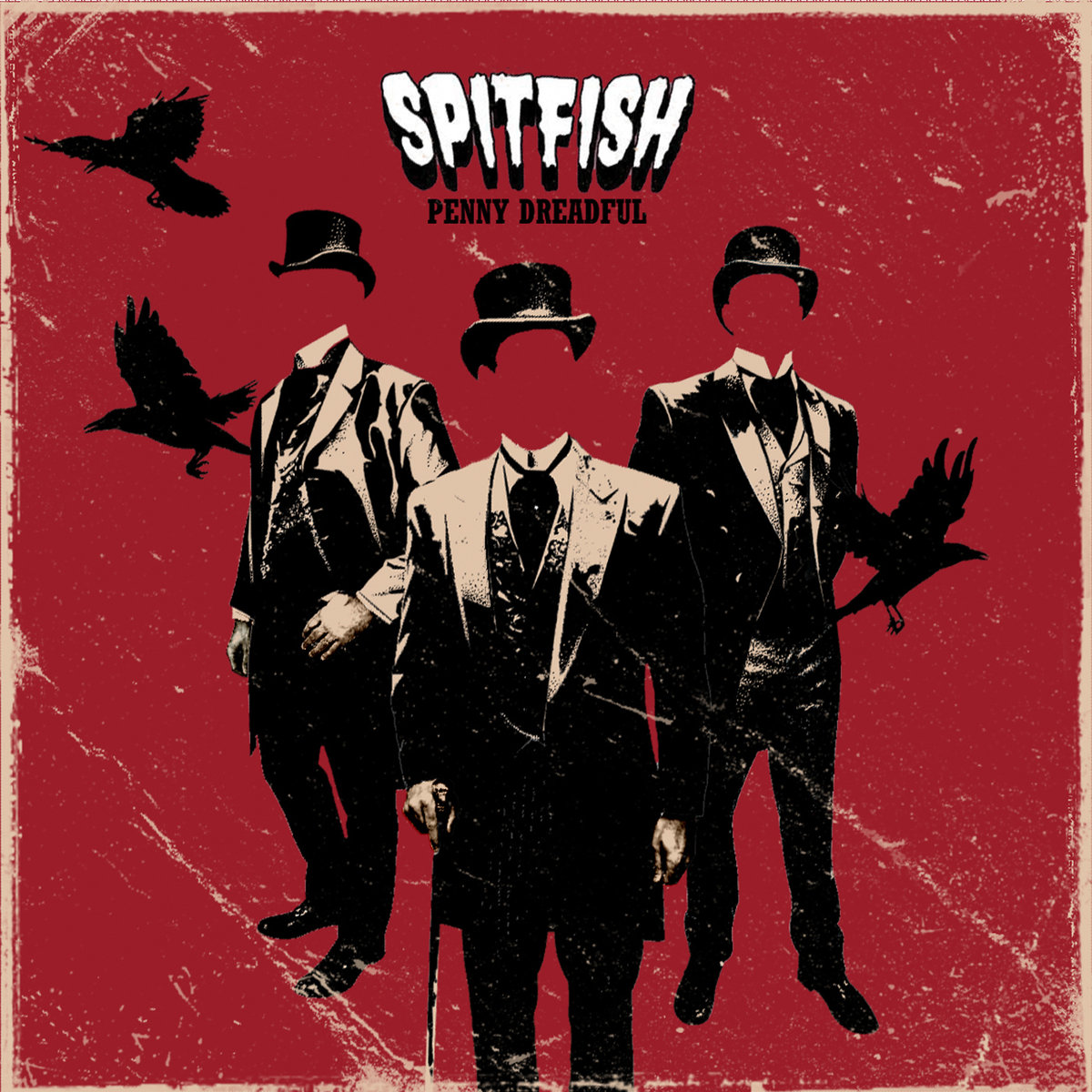