Rock writer, Zoë  Howe, who has produced acclaimed biographies on the likes of The Slits, The Jesus And Mary Chain, Wilko Johnson, Lee Brilleaux and Stevie Nicks, dropped in at St Leonard’s’ Kino Teatre on Thursday to talk about her experiences writing those; and also about her latest book, Shine On Marquee Moon, her first work of fiction.

Shine On Marquee Moon, named after the iconic Television album, follows the adventures of a fictional 80s new romantic band, Concierge, who are enjoying something of a modern-day revival.In spite of owning up to getting Falco’s “Rock Me Amadeus” as the first ever single she bought with her own money (which she played us the video of, along with Duran Duran’s ‘The Reflex’) this is less Howe’s world than the rock world she knows far more intimately, both as a writer and a performer.

She explained that although she started out with a rock band in mind, she switched genre’s because she “didn’t want it to become too Spinal Tap.”

From the couple of readings she gives us tonight, however, it’s brilliantly observed, hilariously eccentric and caustically witty, yet at the same time it comes across as a very human and empathetic portrayal, too. 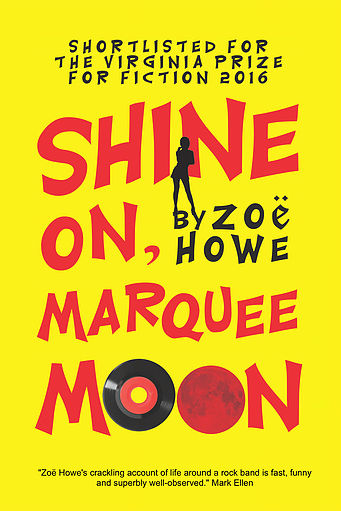 And when Howe moves on to talk about her rock biographies, it’s abundantly clear how precious to her maintaining that human element is.

Drawn to bands like The Who at an impossibly young age, Howe reveals that the first rock biography she ever read was a sordid hatchet job on Keith Moon.

She denies that she consciously set out to do this when I put the question to her later on, but that lurid account could almost have acted as her personal manifesto on how not to do it when it came to working on her own music biographies years later.

She emphasises the importance she attaches to giving her subjects a degree of dignity and respect, as well as love she’s keen to stress, regardless of whatever bizarre rock star behaviour or low points in people’s personal lives her books inevitably touch on.

Howe seems to have taken a Punk DIY ‘just get on and do it’ approach to writing: experimenting and learning as she goes along, rather than bending over backwards to fit the usual constraints of the publishing industry. And it certainly seems to be paying off.

Talking Musical Revolutions makes for a fascinating evening and with some thought-provoking questions from interviewer, Gavin Martin, a great selection of video clips (The Who, The Slits, Bauhaus and Dr Feelgood, for example – not just Falco and Duran Duran!) and some highly entertaining readings from her new book, the two hours just fly by.

Whether it’s her rock biographies or her new foray into the word of fiction, it’s clear that Zoë Howe deals with her subject matter with warmth, passion and good humour.

And at least one or two of those publications are likely to find their way on to my Christmas present wish-list this year. 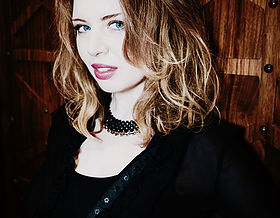