Forty years ago former Mott and Bowie alumni Ian Hunter and Mick Ronson teamed up with Steven Van Zandt (Bruce Springsteen and Southside Johnny), co-producers the Slimmer Twins (Steve Popovich Sr. and Marty Mooney) and the Iron City Houserockers to create the band’s legendary second album Have a Good Time (But Get Out Alive).

Hailed by Rolling Stone magazine at the time as “a new American classic” Cleveland International Records is now releasing the album as an expanded 40th anniversary deluxe reissue on 22nd May.

Although their debut album Love’s So Tough essentially took the band’s live show and brought it to the studio, they were looking for something more far-reaching for the follow-up. Lead singer Joe Grushecky wrote the title track ‘Have a Good Time (But Get Out Alive)’ at the time Pittsburgh’s steel industry was “going down the chutes,” he says.

“I started really zeroing in on the characters of Pittsburgh, the people who lived in my neighbourhoods, the guys who were coming out and seeing us play every night,” says Grushecky. “The whole identity of Pittsburgh was changing.”

During one particular show, as the audience was becoming a bit too enthusiastic, Grushecky told a fan, “Man, have a good time, but get out alive!” He suddenly realised he had a great song title, which ended up becoming the moniker for the album as a whole.

Grushecky credits Van Zandt for making him a better writer by encouraging him to make every lyric of every song count and guiding him through that process. “Steve was great with arranging,” he says. “He gave invaluable input and ideas to the band.”

Ronson and Hunter may have looked the archetypal rock and roll stars of the day, but Grushecky recalls the reality being somewhat different. “They were salt of the earth guys and they were a team,” he says. “You could tell the strong affection they had for each other. It was an honour for me to work with both of them. I’ll say that to my dying days. It was just a tremendous experience for me.”

Ian Hunter looks back fondly on his time working with the band:

“Joe and the Houserockers were and are an actual rock and roll band. So many ‘rock and roll’ bands are not real – they just look and act like they are – and fool people most of the time. These guys are for real – and what a lovely man Joe is.” 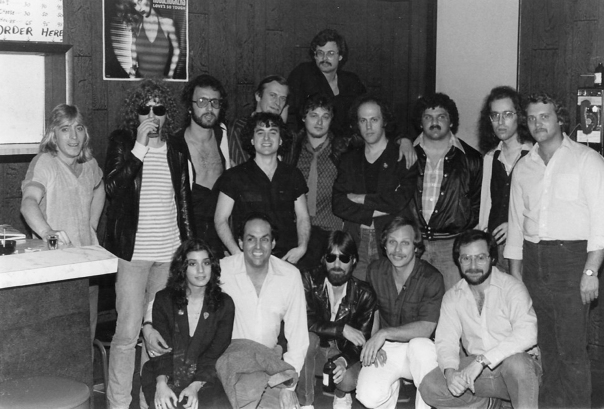 In the liner notes Grushecky offers his own reflection of the record that emerged:

“We had great songs and the band was smoking,” he writes. “We all knew something special was happening. The results were a mixture of Pittsburgh rock and roll, Jersey Shore savvy and soul, and English mystic and muscle. Add a dash of Cleveland moxie and an anything goes attitude and a legendary album was born.”

Featuring many of the Houserockers’ signature tunes like ‘Pumping Iron, ‘Junior’s Bar’, and, of course, the title track, the album is released by legendary indie label Cleveland as a remastered two-CD set that includes a bonus disc with 16 previously unreleased tracks of demos and other rarities. The new vinyl edition will include a download card of those same 16 tracks to go with a vinyl replica of the original album.

Cleveland International Records was originally launched in 1977 by Steve Popovich and was relaunched in 2019 by Popovich’s son.