Sifting through a stack of new folk CDs that arrived in the post for review over recent weeks, this one immediately stood out.

Bird in the Belly are a Brighton-based traditional four-piece and their debut album The Crowing, which was released in Spring 2018, caused something of a stir – picking up numerous plaudits including the Sunday Express’s album of the year.

Neighbours and Sisters immediately impressed the moment I put it on, putting me in mind of a pre-amped up, early Steeleye Span in some ways. The collective is made up of Ben ‘Jinnwoo’ Webb (vocals), Laura Ward (vocals, flute), Adam Ronchetti (percussion, acoustic guitar, shruti) and multi-instrumentalist Tom Pryor (violin, guitars, organ, banjo, bass, additional vocals). With eight traditional songs and two originals they’ve delved deep into the folk song index and unearthed some wonderful, but not particularly well-known, nineteenth century ballads and applied some breathtakingly good arrangements. Webb’s voice is as gravelly and full of character as Ward’s is pure and enchanting. Together they are a perfect fit. This sounds like an album I’ve been playing for years and fell in love with a long, long time ago – and I’ve only had it on twice so far…

An album of character, presence and purpose combined with superb vocals, effortlessly brilliant instrumentation and excellent song choices, Neighbours & Sisters is set to be one of the stand-out folk albums of 2019. 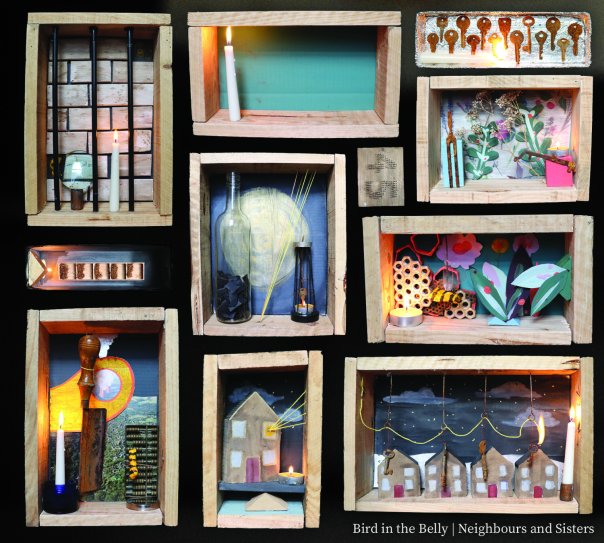