Ritchie Blackmore’s move from the hard rock of Rainbow and Deep Purple to the renaissance folk of Blackmore’s Night, with his wife Candice, has always been controversial among rock fans,

When I reviewed the Blackmore’s Night compilation ‘To The Moon And Back’ for Get Ready To ROCK! back in the summer I concluded that in spite of there being much to like in their music I just wished they would exercise a bit more quality control on some of their more obvious material.

For the most part, this CD (a remastering of their 2006 2-CD Christmas album with three additional bonus tracks) definitely falls into that latter category. Don’t get me wrong. I love Christmas and in spite of not having a religious bone in my body I do actually enjoy hearing Christmas carols. But when a musician of the calibre of Blackmore puts out an album of Christmas songs I expect him to push the boat out a bit creatively.

Maddy Prior and early music specialists The Carnival Band, for example, have put out some fabulous albums of Christmas music over the years, unearthing obscure 16th century carols or putting together fascinating arrangements of more familiar ones as well as introducing an even more fascinating array of centuries-old instruments.

Most of the arrangements on ‘Winter Carols’, however, are a predictable mix of treacly AOR meets twee medievalism. There are some stand-outs. ‘Wish You Were Here’ (not the Pink Floyd track but a cover of a song by Swedish band Rednex) has Blackmore picking up his electric guitar and beautifully executing some typically Blackmore-esque solos.

There’s also some lovely live versions of ‘Emmanuel’ and ‘We Three Kings’ which work really well but for the most part, I’m afraid, I found this album a bit too twee and a bit too predictable. 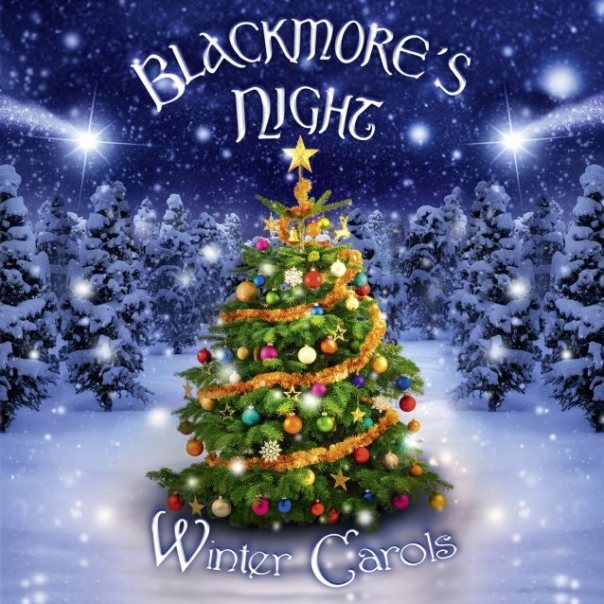