In the world of classic rock/heritage rock/dad rock, call it what you will, three out of five members from the heyday era of a late 60s/early 70s rock band is pretty good going these days. So those buying a ticket for Deep Purple at the O2 still get to see Ian Gillan on stage, joined by the rhythm section for much of the band’s history Ian Paice and Roger Glover, just like when the classic Mark 2 incarnation of the band recorded Deep Purple In Rock, Machine Head and Made in Japan. And while Ian Gillan, Ian Paice and Roger Glover are on fine form tonight it would be unfair to suggest that it is only the presence of these three that make the band worth seeing.

Guitarist, Steve Morse, has now been with the band 21 years, joining not long after Ritchie Blackmore walked out seemingly for the very last time. And keyboard player, Don Airey, who many will recall from his time in Blackmore’s original post-Purple project Rainbow, has now been with the band 13 years, ever since founding keyboardist Jon Lord retired from the band before tragically succumbing to cancer. Both of these“new boys” are serious, world-class, heavyweight additions to the band as they demonstrate tonight.

Set-wise there’s a lot that fans of 1972’s Made In Japan (one of the best live rock albums of all time) will be familiar with: Highway Star, Strange Kind of Woman, The Mule, Lazy, Space Truckin’, Smoke on the Water (everything from the acclaimed live album, in fact, bar Child In Time). The classic 70s tracks are complemented by a few “best of the rest” from the post-84 period, like Perfect Strangers, as well as stand-out tracks from the latest album Now What?! It being a gig by 70s rock legends, of course, there are the obligatory solo spots: guitar solo, drum solo, bass solo and a gloriously eccentric keyboard solo from Don Airey (encompassing everything from Land of Hope and Glory to Maybe It’s Because I’m a Londoner (Elgar meets Chas and Dave?)

The O2 is a great venue for really big arena gigs in many respects. But I’ve noticed on several different occasions now that for those in the banks of seating around the sides, where we were seated tonight, the audience can take a little bit of time to warm up. Clearly, they were enjoying it. But unlike those on the main floor the audience remained resolutely seated. Given I was starting to get cramp and given there was no way I was going to remain seated for Smoke On The Water I decided that as soon as I heard the opening da da der – da da da der, I would jump up in my seat and hope that everyone else would follow me. They did. And the band stormed through Smoke, through their first ever single Hush and, finally, through a roaring version of Black Knight. The crowd lapped it up. O2 audiences can take a bit of warming up but they get there in the end. 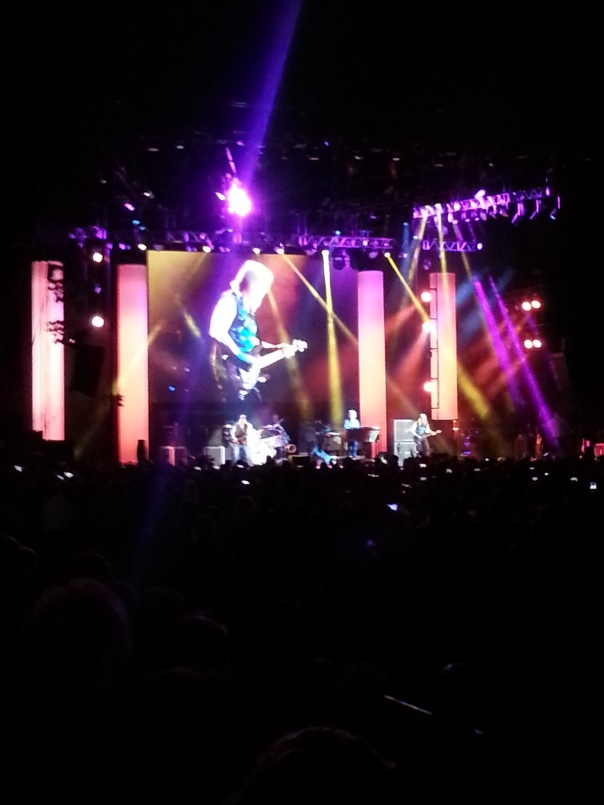 the stories behind the pictures, and vice versa

Reflection of My Journey

The chaotic life of a working Mom. Finding Peace and Stillness.