Tonight was my twenty-third Slade concert. After seeing them three times as a teenager in the early 80s the band abruptly stopped touring. But since guitarist Dave Hill and drummer Don Powell revived the band in the early 90s, sans Noddy Holder and Jim Lea, I’ve see them most years since. Yes, I miss Holder’s unmistakeable voice. Yes, I miss Lea’s musical dexterity. And yes, I miss the combined songwriting talent of the two of them which produced all of the big hits but isn’t producing any new ones. But going to a modern-day Slade gig means I don’t miss out on hearing those wonderful songs being performed live still. And it means I don’t get to miss out on the sheer, unadulterated, wacky, crazily eccentric sense of fun you get from a Slade gig.

In the nicest, friendliest, most good-natured way the whole place was pretty much going crazee. Everyone, that is, apart from two gents on the front row who complained bitterly throughout the concert about people dancing about, jumping up and down and waving their arms in the air. I don’t think they quite got the whole Slade concert business. Never mind, they were gone before the band came back on for Merry Xmas Everybody. A month too early? No way! I don’t put together Slade’s winter tour schedules but mid-November is surely near enough to Christmas for the crowd to be singing along to the greatest Christmas song ever made.

For fifty years Dave and Don have been playing together now. Let’s toast them. 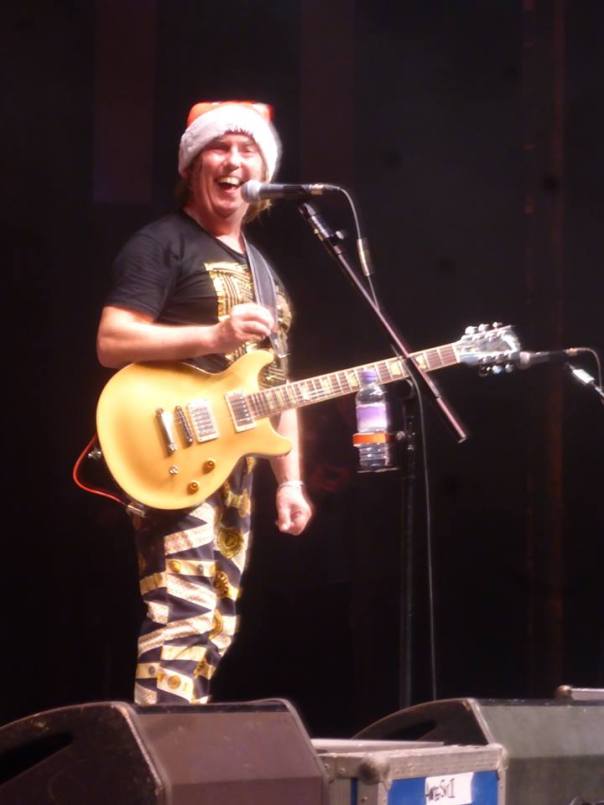