Bad Magic, Motörhead’s 22nd studio album in the band’s 40th year, opens in classic Motörhead fashion with Victory Or Die. All the essential ingredients are there: the fast and furious rumbling bass, the hoary, growled vocals, the blinding guitar solo, coupled with a memorable rock ‘n’ roll tune and some world-weary seen it all, done it all rock ‘n’ roll lyrics. It’s a strong opener. For sure, Lemmy’s voice might sound a bit more aged than previously. But given his well-publicised health problems in recent years it’s something of a miracle that this album sounds as good as it does. Many of the songs wouldn’t sound at all out of place on some of the albums from late 70s/early 80s “heyday” period. Thunder & Lightning and Electricity are both stand-out tracks for me in that vein, as well as the aforementioned Victory Or Die.

It’s not all completely predicatable, though. Two tracks depart significantly from the tried and tested Motorhead formula. Firstly, we have Till The End, a slow number that has Lemmy spelling out his life philosophy with some suitably heavy but melodic backing. And we also have a cover of the Stones’ Sympathy For The Devil. “Motörhead sing the Stones” could have sounded a bit gimmicky but, surprisingly, it comes off. A wall of thunderous drum sound provides an atmospheric backdrop for Lemmy to let rip on the old Jagger/Richard classic.

Did I need another studio album by Motörhead? If truth be told this is the first new studio album of theirs I’ve bought in years. But admiration for how long they’ve kept going twinned with a realisation that this is a band almost certainly in the final stages of its long career drove me to buy it. I’ve not been disappointed. 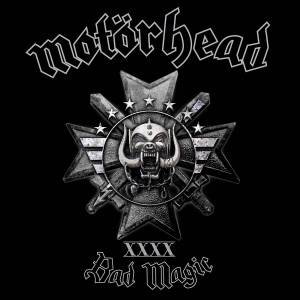