Diamonds is the eighth studio album from Canadian gothic rock outfit The Birthday Massacre. That genre embraces a whole range of musical styles, of course, and the influences here lean heavily towards the electro-pop end of the goth spectrum. Indeed, listening to the album immediately transported me back to some of the alternative club nights I went to as a sixth former in the 80s when I was occasionally allowed to hang out with the much cooler kids.

Their first since 2017′s Under Your Spell, Diamonds offers up nine brand new songs from the Toronto-based six-piece. Personally, I’d have preferred them to have upped the rock quotient with a bit more guitar and a bit less synth.

The former is not entirely absent though and there’s some nice moodily atmospheric riffs from guitarist Rainbow and some appealing solos from lead guitarist Falcore but they do tend to get drowned out in the mix somewhat.

Of what there can be no complaints about at all, however, is lead singer Chibi’s vocals as she delivers that trademark sweetness with a slightly dark undercurrent that works so perfectly for this genre.

Engaging vocals, catchy melodies, evocative atmospherics and enigmatic lyrics Diamonds is a strong product from The Birthday Massacre. Whether you completely fall in love with it or merely appreciate the depths of creativity and emotion that have gone into producing it will really depend, as a rock fan, on just how much you love electro-pop. 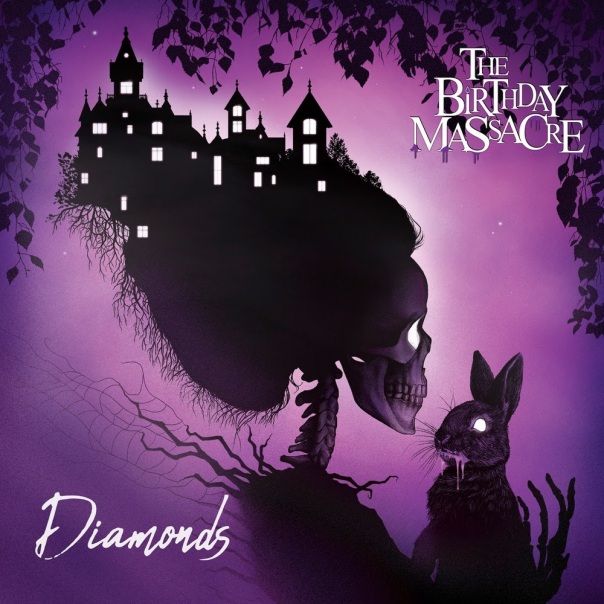