The title track is a strong opener. A powerful chugging riff with some nicely melodic lead guitar and a catchy chorus, their music definitely embraces a timeless classic rock feel while the vocals give it a more contemporary edge. ‘Hit It ‘n’ Quit’ It is another stand out track. Big and bombastic with a machine gun-like rhythm section and a Guns N Roses-esque stadium rock chorus, I can imagine this going down well live. ‘Rattleshake’ is another great track with some superb soloing which definitely helps convince you this band has got something going for it.

And in bolstering their classic rock pedigree still further the band can point to their drummer, Olly Smith, who played alongside current Judas Priest guitarist, Ritchie Faulkner, and the daughter of Iron Maiden bass player, Steve Harris, in the Lauren Harris Band. The other members of the band are Joe Hawx (vocals), James Forrister and Ryan Stageman (guitars) and James Amos (bass).

While I am not quite sure all of the songs are memorable enough to immediately pass the singing-in-the-shower test (always the sign of a genuinely classic hard rock record for me) there is, nevertheless, some real promise shown on this album and ‘Ain’t No Rest’ it is a worthy debut. 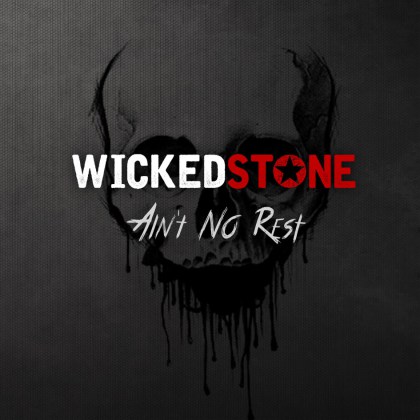