In a statement on his website, veteran Slade drummer Don Powell reveals he has been informed by Dave Hill his services are no longer required. Although the original Slade broke up in the early 90s with the departure of Jim Lea and Noddy Holder, Dave Hill and Don have continued to tour under the Slade banner.

Don Powell’s statement is as follows:

“Monday 3rd February 2020 – It is with great sadness and regret that Don needs to inform his fans that he now is no longer a member of Dave Hill’s Slade.

Dave has sent Don a cold email to inform him that his services are no longer required, after working together and being friends since 1963.

However, the great news is that Don is now fully fit to play drums again! He is coming back with his band who will be called Don Powell’s Slade He is forming it with ex-Slade 2 bass guitar member Craig Fenney. We will post more news about the recruited members in due course. Don so looks forward to going on the road and seeing all the fans again.

More news! Don is currently recording a solo album. He is in North West England at the moment – recording tracks with Paul Cookson and Les Glover. All these tracks will be issued in Don’s debut solo album!

Additionally, as previously mentioned on this site, Don has finished and completed a new album with Don Powell’s Occasional Flames which will be released this year.

Don hopes that all his loyal fans will support his new ventures which he is very excited about.”

Following Don’s statement Dave Hill has since responded with his own, released via his band’s Facebook page.

Light on detail, it seeks to refute Don’s account of his departure but does not offer any alternative sequence of events.

“I am sad to announce that Don and I will no longer be working together our parting of the ways has not come out of the blue and his announcement is not accurate. I wish Don every success in his future efforts. I will, of course, carry on and look forward to many future performances and meeting fans. Dave Hill” 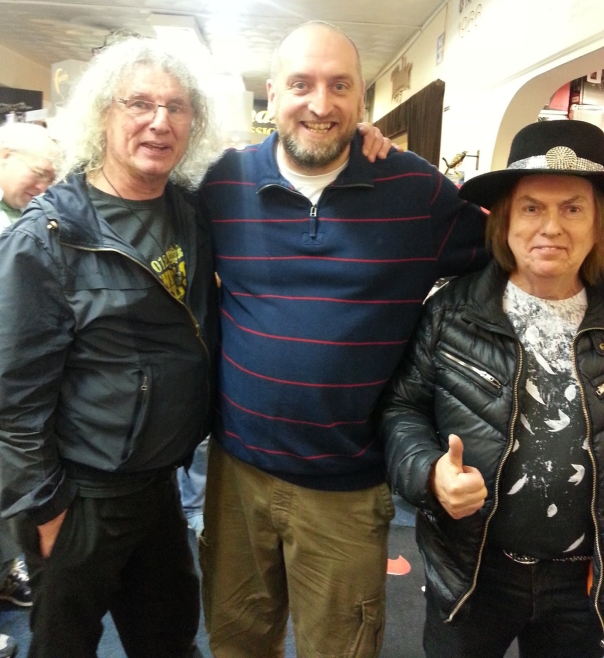 5 thoughts on “News: Veteran drummer Don Powell out of Slade”

the best music of yesterday today and the tomorrow