If you’ve admired the music of Randy Bachman but you don’t know too much about the man himself beyond “the guy who was in Bachman Turner Overdrive”, “the guy who was in the Guess Who before that”, “Canadian” and, perhaps, “Mormon” – and are keen to find out a little more then this new 78-minute documentary by FilmRise could well be of interest. Scheduled for release in DVD and digital formats on 26th March it tells the story of aspiring young Winnipeg musician through to seventy-something rock legend still out on the road performing. 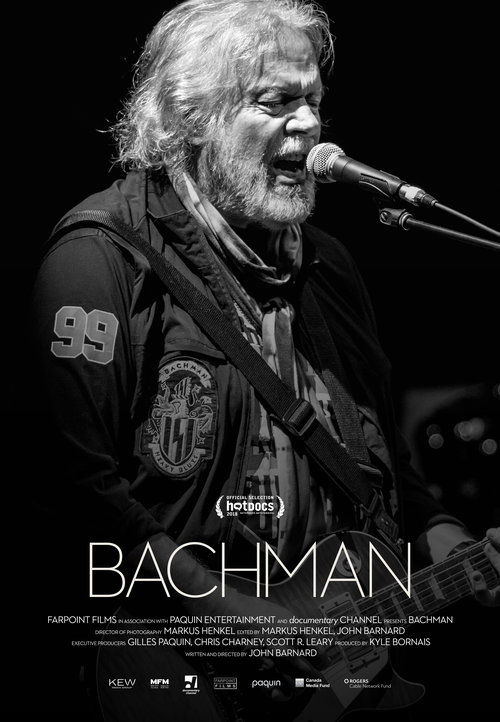 Never one for the sex and drugs and rock and roll lifestyle and, in his own words, “not a party animal” there’s certainly none of the how-I-made-it-through-years-of-debauchery-and-came-out-the-other-side-alive narrative nor, given that Bachman is living a very comfortable life and clearly enjoying what he does, is there an Anvil-style struggling-against-the-odds-in-the-face-of-rock-n-roll-adversity tale. Through the interviews with Bachman and his family, as well as rock royalty like Neil Young, Peter Frampton, Alex Lifeson and BTO bandmate Fred Turner, you do start to get a feel for what makes Bachman tick, however. A common thread running through many of the talking head segments is just how driven Bachman was and how focused his life has been on the music. It’s telling that in spite of his having converted to the Mormon faith prior to his first marriage, one of Bachman’s musical associates asserts in the film that his “spirituality is rooted in the guitar” above anything else. And we find out Bachman loves guitars – an awful lot. In one scene the film crew accompany Bachman to a storage facility and we find out just how much he loves guitars as he opens up a seemingly infinite collection of guitar cases and exhibits one instrument after another.

Although Fred Turner appears in the film I was perhaps expecting it to delve a little more deeply into the on-off musical partnership between Bachman and Fred Turner. However, it must be stressed that this is very much a film about Randy Bachman – the man, as opposed to Bachman Turner Overdrive – the band. Nevertheless, it’s a very watchable documentary and, at 75, it’s heartening to see Bachman still performing music and still being driven by it.

“BACHMAN” will be available on DVD, to stream or download on iTunes, Prime Video and Google Play on 26th March 2019.