How do you end the most iconic heavy metal band of all time?

At one point, a couple of decades after their 70s heyday, it looked liked it might be with a constantly changing cast of replacement musicians, declining album sales, less than enthusiastic ticket sales and something of a whimper rather than a bang. But, following an initial reunion in the late 90s, a mega-successful album with ‘13’ and a hugely successful world tour which reunited three of the original four members in 2013/4, fans hoped that there would at least be one more opportunity to say a final farewell, even in spite of a hugely worrying lymphoma diagnosis for Tony Iommi.

So here we have it: The End – Black Sabbath’s final farewell tour which reaches it’s ultimate conclusion with a couple of dates at London’s O2 and two final concerts in the band’s home city of Birmingham. And it’s every bit as magnificent, spellbinding and heavy as Black Sabbath should be. From the familiar doom-laden chords of the opening ‘Black Sabbath’ to the unforgettable riff of ‘Paranoid’ for the encore, every single minute of this concert was special. Geezer Butler delivers those unmistakable bass-lines, Tony Iommi delivers that unmistakable crunching guitar and Ozzy Osbourne delivers those unmistakable wailing vocals – the essential and unchangeable ingredients that make Black Sabbath what it is. Yes, it’s a shame that Bill Ward is not here to participate in this final tour but drummer, Tony Clufetos, does an absolutely outstanding job with immense energy. I doubt, really, whether anyone could have done it better.

Ozzy, as always, is a fascinating character. Between songs he shuffles around the stage like the mumbling, slightly bewildered figure TV viewers came to love so much. But the second a song starts he is instantly transformed into the wailing, demonic rock god that fans of the ultimate heavy metal band have always known.

My first ever live experience of Black Sabbath was with Bev Bevan out of ELO on drums and Ian Gillan out of Deep Purple on vocals, encoring with Smoke On The Water (?!) How fitting that what is likely to be my last has Tony, Geezer and Ozzy performing Sabbath exactly the way it should be performed. It was an absolutely magnificent performance, stunning setlist and suitably evocative special effects. The atmosphere at the O2, which can be a bit lacking at times however good a band is, was absolutely electric from start to finish.

Whatever happens now this band has made it’s mark on rock music a billion times over and their contribution will not be forgotten. Thank you Black Sabbath. 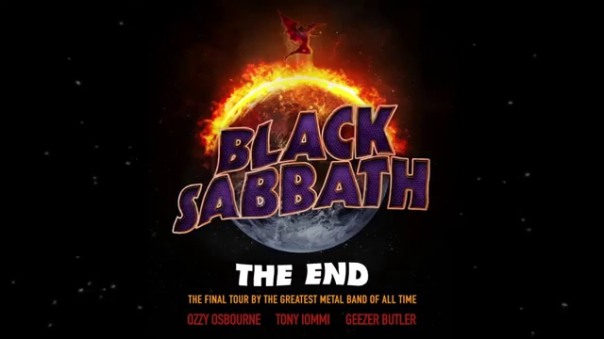