“If the last time you saw Mick Ralphs was on some distant stadium stage this is a chance to get up close to the man and his music,” says the programme for the weekend.

Actually, no -the last time I saw former Mott the Hoople and Bad Company guitar supremo, Mick Ralphs, was right here at Butlins for the same Giants of Rock weekend just a year ago. But so impressive was he and the rest of his band it was an experience I was more than happy to repeat.

As I noted last year, Ralphs has assembled a very able bunch of musicians, Jim Maving on additional guitar, Dicky Baldwin on bass and (new boy) Damon Sawyer on drums. Inescapable logic about inevitable human mortality is reminding us that the rock icons of the 70s are not going to be around forever. Indeed, we are losing quite a few of them now, even if live audiences are keen to experience the musical genres most closely associated with that era well into the 21st Century. So kudos to Ralphs for looking ahead to the next generation. He has chosen well in recruiting TV’s former Voice contender, Adam Barron, as lead vocalist. Barron, not yet 30 but gigging and singing since his teens has now been with the band some two years. And he is, in my mind, fast establishing himself of one of the finest blues rock vocalists of his generation. He effortlessly handles Bad Company classics like Can’t Get Enough and Feel Like Makin’ Love as well as material from the band’s new album If It Ain’t Broke – a mixture of classic covers (like Shakey Ground and a magnificently soulful Same Old Blues) as well as Ralphs originals (like I Don’t Care and Too Bad). The Butlins crowd responds accordingly and are clearly pleased to have the band back again this year.

An instantly recognisable sound, classic guitar licks, some of the most iconic rock songs of all time and the rich soulful, bluesy vocals of Adam Barron. It’s an on-stage masterclass in classic rock. The Mick Ralphs Blues Band should be a must-see for any fan of the genre. 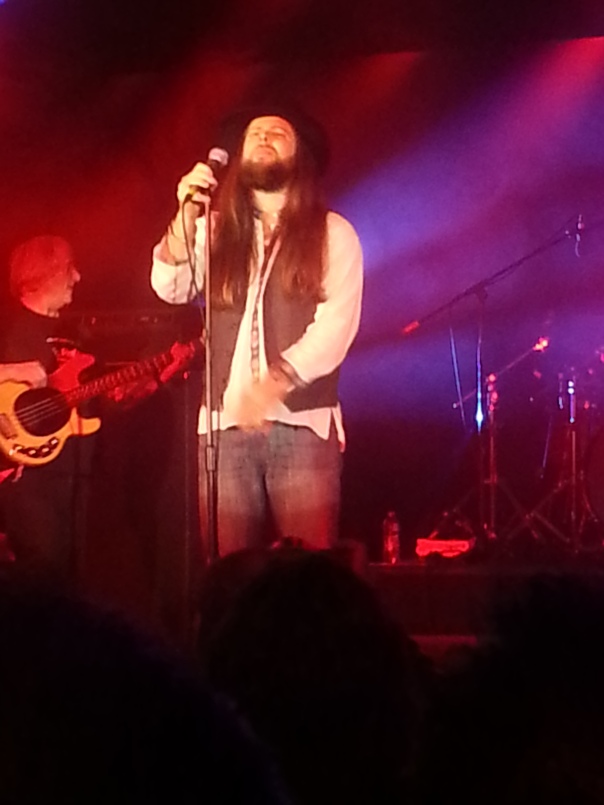