There is enthusiastic and generous applause for former Rainbow frontman, Graham Bonnet, as he takes the stage for the first night of the Butlins Giants of Rock weekend in Minehead this year. Looking as cool as ever (eschewing, as always, the 70s/80s heavy rock get-up in favour of the 60s spiv look) he launches straight into songs from the classic Down To Earth album he did with Rainbow: Eyes of the World and the unforgettable All Night Long. Later on we get to hear Lost in Hollywood and the inevitable Since You’ve Been Gone, as well as his 80s solo single Night Games. It is an absolute sheer joy to be singing along to those songs with a crowd of equally enthusiastic punters.

Some rock vocalists unwittingly, but nevertheless helpfully, make life easier for themselves by adopting a vocal delivery and a choice of songs they’ll forever be associated with that they can still pull off with ease several decades later. Mr Bonnet has perhaps not made life as easy as possible for himself in this regard. What I did begin to notice, however, was that his voice was much more at ease with the Rainbow material than with the harder-edged and more high-octane Michael Schenker Group and Alcatraz material from slightly later in his career. Those latter songs did appear to be placing more of a strain on his vocal chords.

There’s been mixed reactions to Bonnet’s live performances in recent years. I enjoyed the Butlins show and loved singing along with the crowd. However, if I were advising Graham Bonnet I would probably be urging him to centre his live performances mainly around the polished, commercial rock of Down To Earth (and perhaps his subsequent solo album Line-Up which is very much in a similar vein) rather than trying to represent all stages of his career. Indeed, the previous time I saw Bonnet back in 2014 this is exactly what he did.

Look, Graham, you made one of the most iconic and memorable rock albums of the late 70s. You still deliver those songs well and people definitely want to hear them. Plus you’ve got some great musicians. Let your live shows be a celebration of the wonderful songs on Down To Earth rather than unnecessarily straining your voice on material that it is less equipped to deal with these days.

Still a great night though – I wouldn’t have missed it for the world! 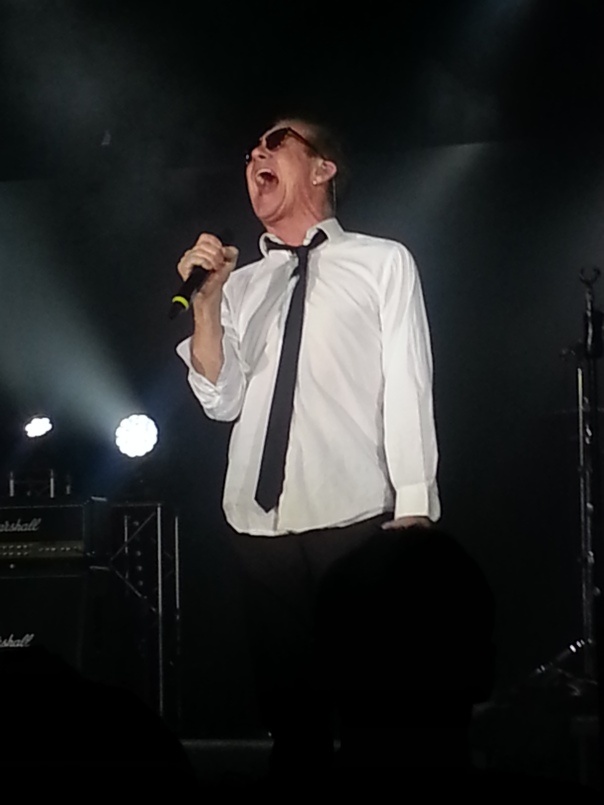